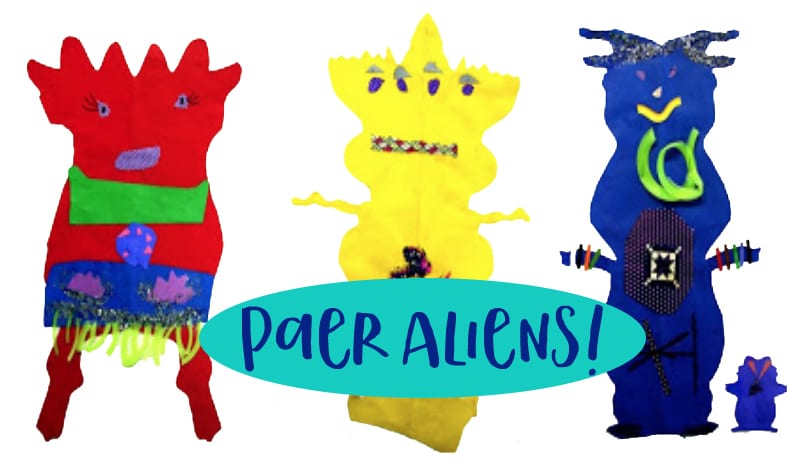 This lesson is based on symmetry so as far as teaching kids cool subjects, this one is perfect. In my opinion, there is nothing more pleasing to the ear than hearing a six year old explain symmetry, let alone saying it.

It’s a fun word…lots of syllables that when spoken correctly (or very near to it) earns a pretty respected look from parents and teachers. Kids LOVE this word.

So now turn the word into creepy, strange, whimsical ALIEN and you have one hour of pure joy on your hands.

Creating the Alien.
Not easy for wee kids, but the older they are, the easier it’ll be to teach. I have done this lesson with first and third grade students and it’s a safe bet to say that the older kids got more out of the lesson. But the younger kids do, too.

Take a sheet of construction paper and fold it in half lengthwise. It doesn’t have to be lengthwise, but it’ll make the alien taller. Please forgive the kid who folds it the wrong way.

Now, for the next step, you have options…

First option:For younger kids (1st-2nd grade), give them a crayon (not a pencil…it evokes to much perfectionism) and have them draw a line from the top of the paper down to the bottom. Not just any old line, but something that resembles a half of a head, half of a body, arms, legs, etc. A little talk on symmetry helps here. Explain how the children will only draw half a body. You will need to demonstrate this step repeatedly, but consider it an investment since the rest of the project is a breeze.

Once the line is drawn, cut it out. 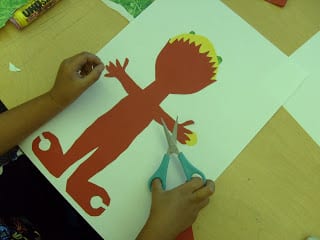 Decorating the Alien
It really helps to have small scraps of paper (get out your scrap box), sequins, googly eyes, plastic and aluminum gizmos…anything that the kids can use to decorate their aliens. But first things first. Glue the alien onto a piece of white paper. I like white because it provides a great contrast, but so would black. I just had an idea…you could, in another class, paint a planet or alien habitat on the background paper. Hmmm. Might try that next year. 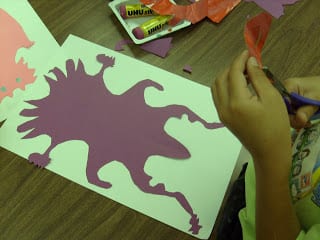 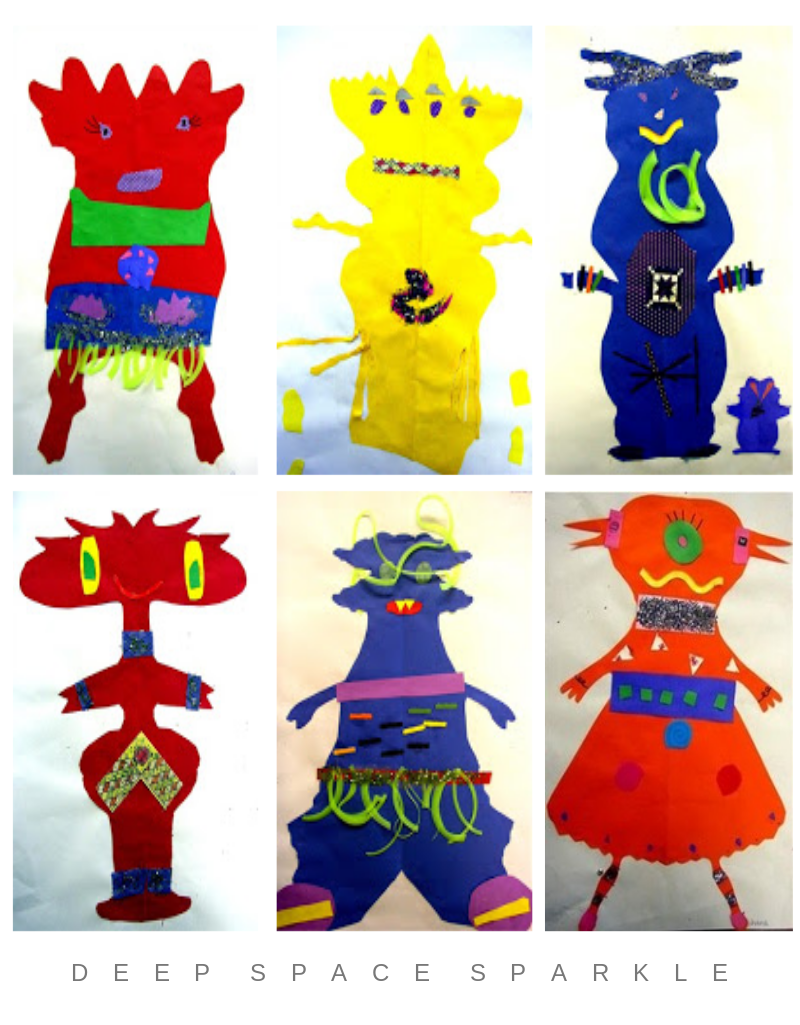